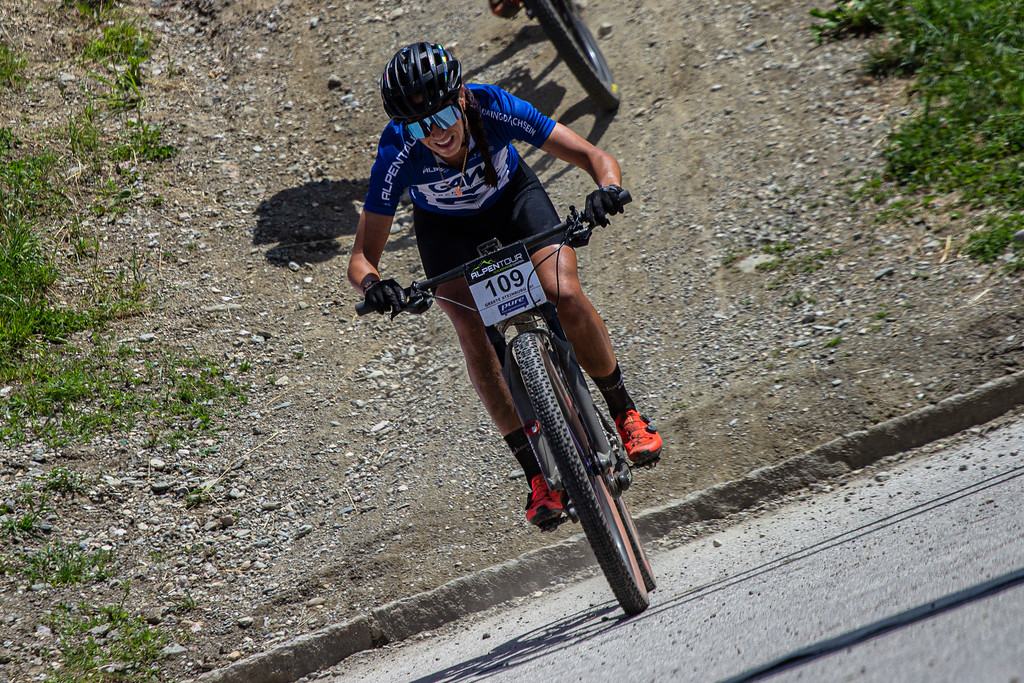 The current overall leaders and winners of the first stage of 23rd Alpentour Trophy, Estonian Greete Steinburg and Columbian Leonardo Paez, secured their top spots and won also on the second day of the Austrian stage race located in the Schladming-Dachstein region. Both celebrated their second stage win at this year’s edition on the tough stage up to the Giglach lakes.

“I managed to control my opponents and accelerated at the end of the stage”, reported the two-times World Champion from Colombia. He increased his gap to Daniel Geismayr up to seven minutes. The Austrian finished third behind Italian Samuele Porro, a minute behind Paez.

„I had a good day, but the steep climbs are not my territory. Light climbers like Leonardo have their advantages their and he is currently a class of his own. I was able to gain some minutes against Frans Claes and secure my second place overall”, explained the Austrian National Champion. Belgian Claes lost two minutes to Geismayr but is still on third place in the overall standings.

At the women’s elite Steinburg was the strongest. She started with a moderate pace and lost some positions but overtook her opponents again in the second part where she was the fastest women on track. She won with an advantage of over four minutes. “I don’t have a special tactic for this race. I’m focussed on my performance, even when my opponents overtake me on track. I’m just thinking they will explode in the second part”, the Estonian smiled.

On Saturday the third stage waits with the big climb up to Hauser Kaibling.