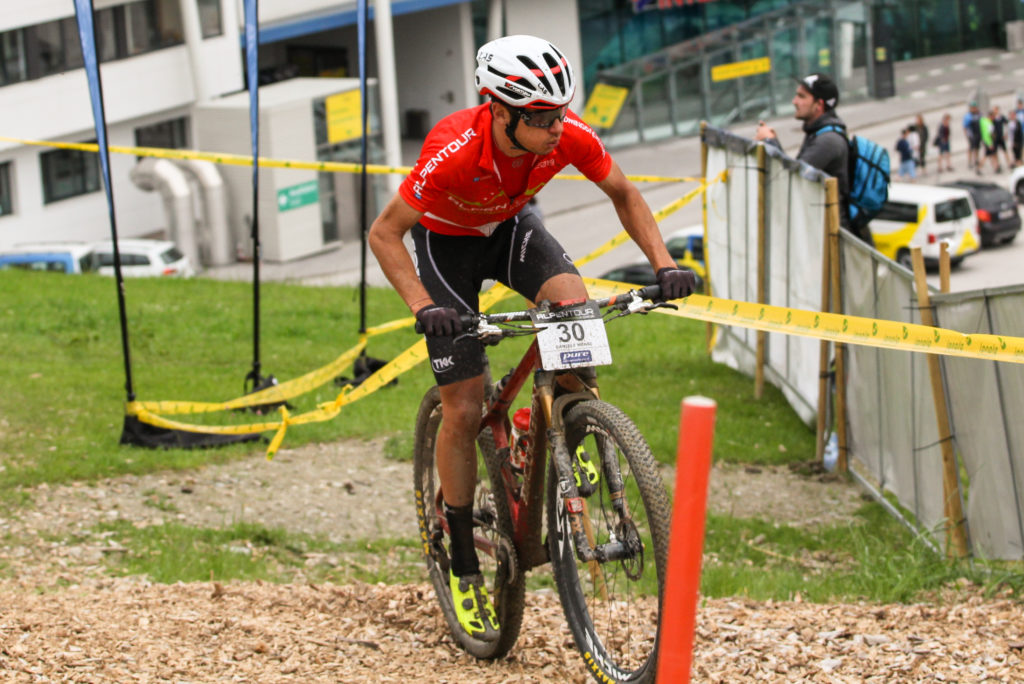 55 kilometres with 2.300 metres of climbing were scheduled on the third stage of 21. Alpentour Trophy. It was the penultimate day of the stage race. After Columbian Leonardo Paez won the first two stages it was time for a new face on the winner’s podium. Italian Daniele Mensi managed to do that and was smiling at the finish line: “I’m really happy. It was a perfect day for me. Everything worked as it was planned today”. He arrived at the finish line 2:28:39 hours after the start.

Second place went to Daniel Geismayr, who scored Austria’s first elite podium this edition. In the last downhill he managed to jump on the second place. “I had a good speed downhill. Daniele had a big gap and I wasn’t able to catch him. I risked everything and managed to get some positions back“, explained Geismayr. On the first big climb of the day, up to Hauser Kaibling, a big group stayed together. Then on the ultimate climb to Planai Mensi, Paez and the Columbian’s team mate Diego Cuervo attacked. In the downhill Geismayr, Jochen Käß and Markus Kaufmann catched the group, but Mensi was gone. Cuervo finished third, ahead of Paez.

In the overall classification Paez defended his lead and has a lead by 2:47 minutes ahead of Mensi. On Sunday there is the deciding stage, which is a mountain time trial from bottom station of Planai up to Schafalm, 14 kilometres long with 1.300 metres to climb.