In 2021 the event will take place for the 22th time, since 1999 the Alpentour Trophy has challenged riders from all over the World to compete in the 4 days mountain bike stage race, which also offers the breathtaking mountain landscape of the Schladming- Dachstein region

We have lined up a group of Alpentour Finishers and experts for cycling events who will represent us internationally as our “Ambassadors” – they are your direct contacts and point of call for any question about our race!

Please send your requests direct to your ambassador in charge.

Croc Finisher 2012-2019, Alpentour Finisher 2019, from Cairns, speaks ENG, Brendon Skerke is based in Cairns and heads the Astute Financial Racing team. As a 7-time finisher, he is the operations manager of the event and, among other things also responsible for the stage planning. 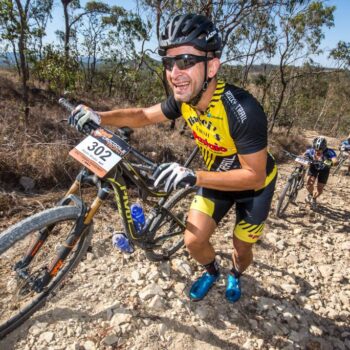 Croc Finisher 2010-2019/From Sydney, speaks ENG / GER
Martin Wisata is our current record-holder for most Crocodile Trophy events completed. Originally from Austria, he has been living in Australia since 2003 where he runs Rocky Trail Entertainment, one of the major mountain bike events organisers in the country, based in NSW. 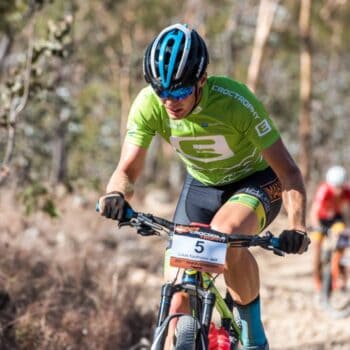 MTB Extreme Sportsmen/Croc Finisher 2019/Based in Austria, speaks DE/ENG
Lukas Kaufmann is a passionate mountain biker and addicted to exotic hard extreme races all over the world. He writes reports about all his events on www.lukas-kaufmann.com and since 2019 he also claims himself „infected with the CROC virus :)“ 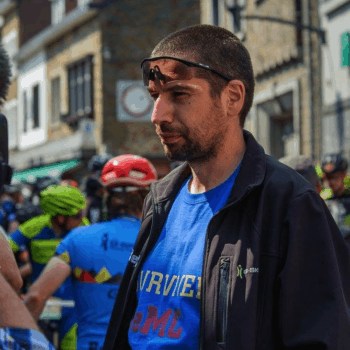 Croc Finisher 2015 / residing in Brussels, speaks BEL / NED / FR / ENG. Koenraad is the organizer of the Belgian MTB Challenge. He has been part of our Crocodile Trophy management team for several years 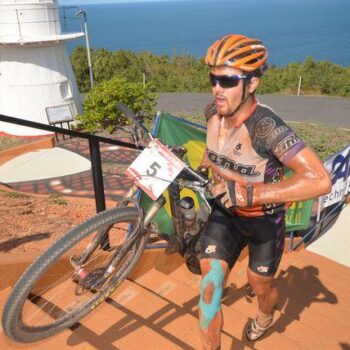 Cory Wallace grew up the Canadian Rockies. He started racing in 2000 and has raced around the World. Cory has raced the Crocodile Trophy 4 times, finishing as runner up twice. He has also raced the Alpen Tour Trophy x 3. He won the World 24 HR Championships in 2017 – 2018 and 2019. 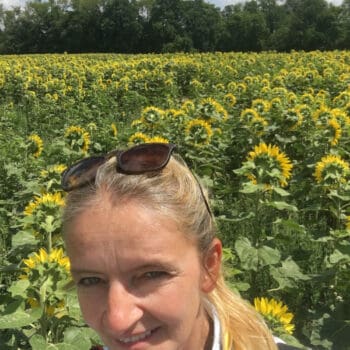 Marketa Navratilova is Czech professional photographer based in Prague. She has been working for Dutch press agency Cor Vos, covering major cycling events all over the world, including Tour de France (25 times), ProTour races and World Championships. She also covered events such as Olympic games, Ironman in Hawaii, Crocodile Trophy three times (2000-2002) and Alpentour few years later. She is respected person within cycling community and regular contributor of Czech sport media. 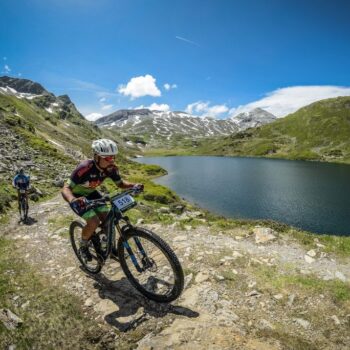 Bike rider & guide from Costa Rica and founder of www.bikecr.com – specialized in Bike Tours around the world since more than 15 years. Henry is a finisher of the Alpentour and several endurance races across the word. The 2021 season includes of course the Crocodile Trophy. 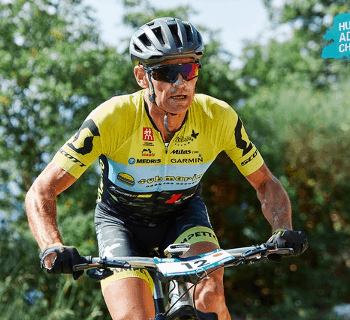 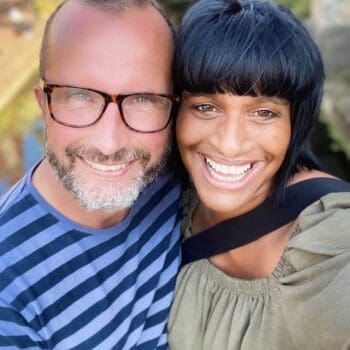 Cecilia: An ICU-nurse and freelance photographer from Denmark, travels around the world with her husband and the beloved camera. Christopher: A journalist and mtb rider from Denmark. Travels with his wife around the world, always looking for new adventures. He has competed several times in the Alpentour Trophy. 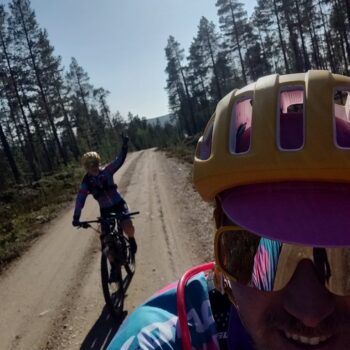 Tiina and Reima are competitive cyclists, event organizers and MTB guides, based in Saariselkä, Northern Finland. Both are racing in Finland, Norway and elsewhere in Europe and finished 4 times the Alpentour Trophy. Working to develop mountain biking in the north. Speaking Finnish and English. 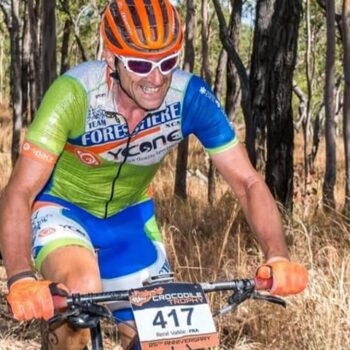 Passion for mountain biking, participation in stage races all over the world. Finisher in 2019 of Croc Trophy, Pioneer, Cape Epic (3), Brek Epic, Carpathian Epic … and many others, several times on the podium and soon I want to participate in the Alpen Trophy and the UCI XCM. My challenge is the adventure for which I am always ready. La Forestière, my club and my team, travel to many international events. 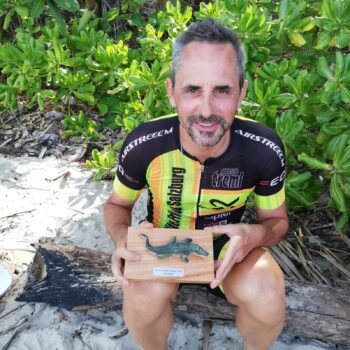 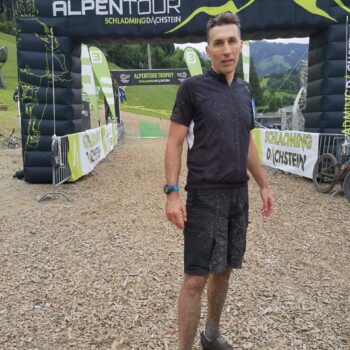 He has participated eight times in the Alpentour and has reported as a journalist for several Hungarian magazines.
His big dream and his goal is to participate in the Crocodile Trophy in Australia. 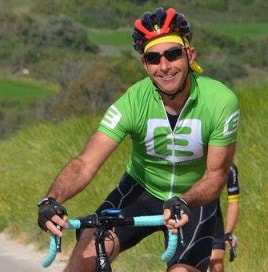 Based in Israel, speaks English and Hebrew. Ido Eindor has been an avid cyclist and racer for many years, in multiple disciplines. He is int. UCI MTB commissaire, runs a cycling timing company, and is a member of the Israel Cycling Federation. 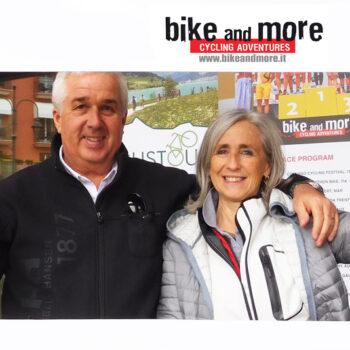 BIKE & MORE based in Bolzano (northern Italy), is a sport and event company (since 1999) and has become a point of reference for cyclists from around the world putting keen riders in touch with great cycling events as the Crocodile Trophy or the Alpentour Trophy 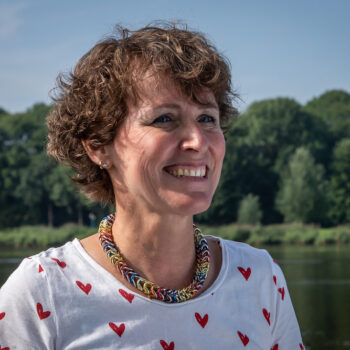 I have been working in cycling-sport as a masseur / soigneur since 2016, as a first aid support since 2003. Now I have two companies in: One of my companies: Sport service Linssen (sports events, sports massages, sleep coaching, personal coaching). In 2017, I founded the “MTB Series”. I have been twice at the Crocodile Trophy and 7 times to the Alpentour Trophy in the organization team. 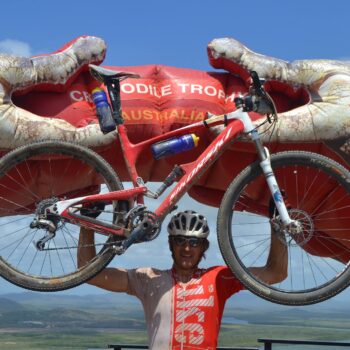 Addicted to mountain biking for years. Finisher of more than twenty MTB stage races on five continents, including the 2013 Crocodile Trophy and 4 x Alpentour Trophy. Long-time contributor to bikeBoard – the largest mountain biker magazine in Poland, where he publishes event reports. 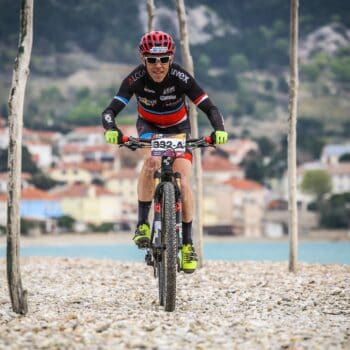 Peter Vesel is based in Slovenia. He was a successful int. motorcycle racer, before discovering his passion as a mountain biker. He has traveled all over the world and participated in some of the biggest MTB events, with many victories. He is saying: “I really like the Alpentour for its steep climbs and the beautiful Alps”. 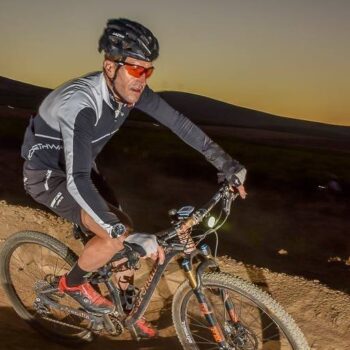 1000 career victories around the world. Voted best cyclist ever in South Africa. Medalist in road racing at the 1994 Commonwealth Games. 5 x winner of the Cape Argus cycle touring, the biggest one-day event in the world with 40,000 riders. Overall winner and 25 international stage victories. Owner, founder of Adrenalin Bikes and co-designer of the Adrenalin S8 carbon double suspension MTB frame, exclusive agent for South Africa with royalty rights for worldwide sales. 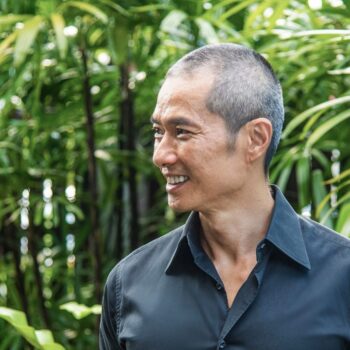 Loh Ching Soo is based in Singapore. He loves cycling and participated in the Crocodile Trophy 2019. Mountain-bike stage races are his favourite events. He has raced all around the world – in South Africa, Malaysia, Portugal, Mongolia, Morocco, Vietnam, Nepal and Costa Rica. Ching Soo is an Asia Pacific technology executive in Cloud, SaaS, Cybersecurity, Digital Workspace, Virtualization and Infrastructure. 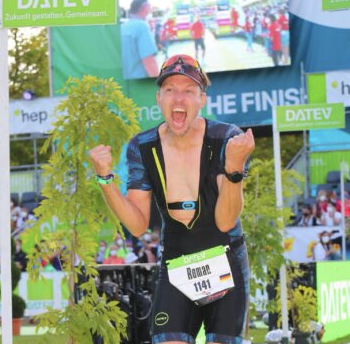 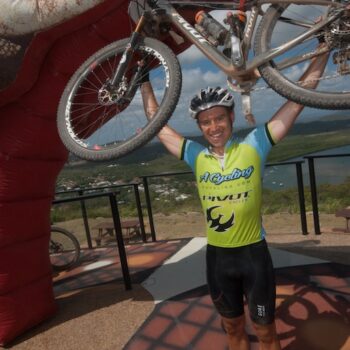 Former full-time racer who specialized in 24hr solo and endurance events, including winning the British and European 24hr solo championships in 2010. Now an event organizer in the UK, hosting Battle on the Beach. Fortunate enough to have travelled the World and taken part in many of the World’s best and most challenging stage races. Competitor at the Crocodile Trophy in 2012 & 2013 and hoping to return in the near future.

Menu
This website uses cookies to improve your experience. If you continue to use this site, you agree with it.
Ok
This site is registered on wpml.org as a development site.